Need assistance?
Call us: 020 8505 3311 Get in Touch
Search
Menu
You are here: HomeConsultants & specialistsMr Azhar Shaida 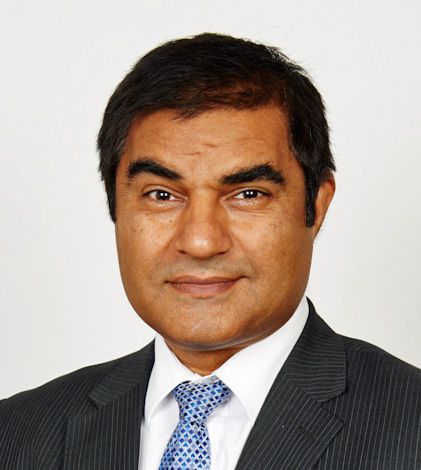 Mr Azhar Shaida is a consultant Ear, Nose and Throat Surgeon at The Royal National Throat, Nose and Ear Hospital, 330 Gray’s Inn Road, London WC1X 8DA, which is now under the management of University College Hospital.

He was awarded a scholarship to Cambridge University to study Medicine in 1984. He transferred to Oxford University in 1987 to complete his clinical training and qualified in 1990. He then trained in Oxford, London and Cambridge and obtained the FRCS (General Surgery) before specialising in ENT surgery. He trained on the East Anglia rotation in Cambridge, Norwich and Ipswich and obtained the ENT fellowship and the FRCS-ORL. He was appointed to his consultant post at the RNTNEH in 2002.

In addition to his BM BCh from Oxford and MA from Cambridge, he has general surgery and ENT fellowships from the Royal Colllege of Surgeons of England, and has been awarded his MD degree for his research work and thesis on metalloproteinases in rhinitis.

He is fully trained in all aspects of Ear Nose and Throat Surgery, and has a special interest in Ear Surgery and Auditory implants including Cochlear Implants at the RNTNEH. He is a main provider of Paediatric ENT Surgery at the RNTNEH, covering all aspects of paediatric ENT. He also has an interest in rhinology and sinus disease, and in particular the link between the ear and the nose. He also provides a full general ENT service.

His research interests include auditory implants, restoration of hearing, and brain plasticity. He is a fellow of the Royal College of Surgeons of England, and a member of the BMA, ENT-UK, the British Otological Society, the European Academy of Otology and Neuro-Otology, the British Cochlear Implant Group, the BAHA Professionals Group, and the Court of Examiners of the Royal College of Surgeons.
He is also an assistant editor of the Journal of Laryngology and Otology, has many publications to his name, and lectures and presents at national and international scientific meetings.

Member of Court of Examiners of RCS